The power of a logo and “get-up” in a product

In the eight season of Game of Thrones, “The Last of the Starks”, the producers forgot a disposable coffee cup in one of the scenes. The cup, on a table right in front of Daenerys Targaryen, one of the lead actors in this mega-hit production, went viral across the internet, with Twitter being set on fire and fans sharing all sorts of memes.

For those who are not aware of what is Game of Thrones, it is a medieval-cum-fantasy television series, wherein the noble families of the fictional kingdom of Westeros, aided by dragons and the supernatural, wage war against each other to win control over the so-called “iron throne”.

The “coffee cup gaffe” occurred in one of the scenes whilst a medieval banquet was unfolding to celebrate a recent victory in battle. In the midst of the merriment and the dishes laden high with food, viewers could spy a disposable coffee cup in front of Daenerys; a cup more typical of the 21stcentury than of the 16th.

Clearly an error on the part of the producers, the internet and twitter in particular erupted with all sorts of jokes of how a Starbucks cup could have ended up on medieval set.

Ironically, although the producers HBO later confirmed it was a disposable coffee cup, they also pointed out that it didn’t belong to Starbucks. Indeed, most disposable coffee cups look similar, and what made consumers zone on Starbucks was a small image in the centre of the cup which from the blurred and candle-lit atmosphere of a medieval banquet hall seemed to recall the Starbucks logo.

The result of this gaffe is that Starbucks got an estimated US $2.3 billion in free advertising!

And here we see the importance of “get-up” in a product. Whilst a trade mark is a graphic sign or symbol identifying a brand or a company, the “get-up” of a product is a wider term. It is the form in which a brand owner presents their product and includes the way the product is labelled and packed. This may consist of a number of features and may also include text and graphics. Consumers seeing a disposable coffee cup very similar in style and having the “get-up” of the more recognisable Starbucks cup automatically assumed that the coffee cup in front of Daenerys came from the said multinational. In this case it was simply a fortuitous event, however this is what copycat products actually try achieve. By packaging a product in a way which is similar to a more famous one, they try to free-ride on consumers’ confusion and ignorance whereby a customer may mistake and thereby select the sham product instead of the genuine one.

“Get-up” is one of the instances protected by intellectual property law, and what occurred in this instance shows that its importance cannot be underestimated.  In this case, not even by the Mother of Dragons 😉 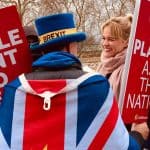 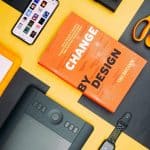